These days  a lot of people speak about frontiers and cross fences. A few have build one (like Israel), or intend to build one (like Donald Trump on the Mexican border). We are very lucky because the last great frontier in Germany wall was taken down in 1989 and the rest of this wall and some other parts of the inner German frontier just remain as parts of museums instead of being actual demonstrations of power separation.

But  there were walls and border installations way before 1961 and the start of the Berlin Wall, actually way before this time period, the Roman border named Limes. I don’t want to give a history lesson, but a short introduction to this topic is necessary nevertheless. The Limes was the frontier between the Roman Empire and the so called Barbaricum. The Barbaricum was an area populated by free German tribes who from time to time attacked the Roman frontier. The Limes is part of the Unesco list for World Cultural Heritage since 2005.

But am I writing about borders of recent or not recent history? Watched to much tv documentaries on the history channel? No, this is actually just some insight to this historical aspects because last Sunday (08-01-2017) I visited the Roman Fort Saalburg, which was my first photo-trip in 2017. This fort is situated in a German region named Taunus. More specifically the fort is to be found near the city of Bad Homburg.

The fort was abandoned after the reign of the Roman Empire declined more and more. Centuries later from 1897 to 1907 the fort has been rebuild as a museum and research facility. The initiative and financial support for this project came from the German Kaiser Wilhelm II. 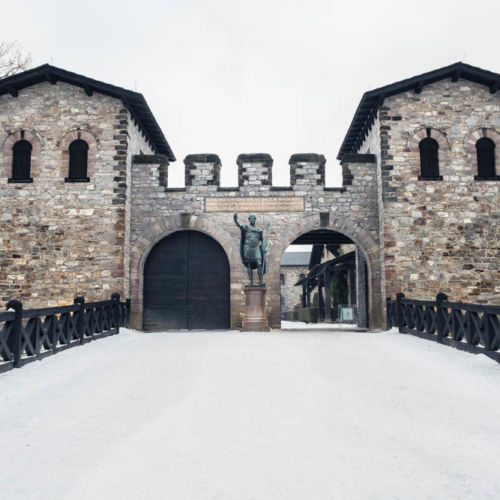 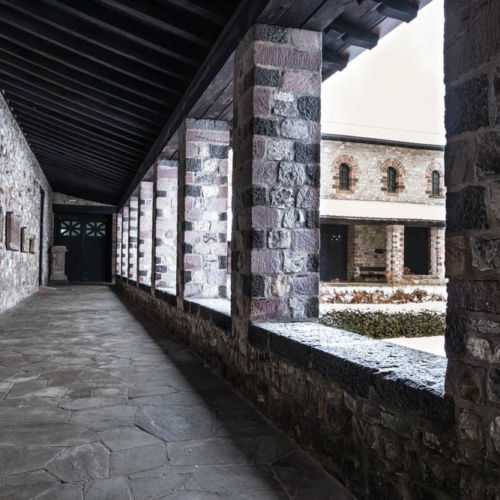 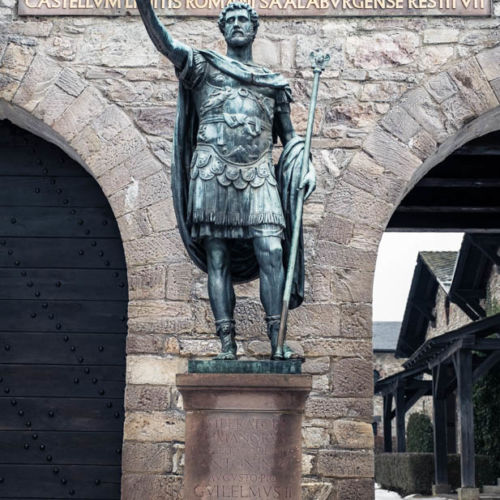 For these shots I used my trusted Fujifilm X-Pro-2. And to avoid to chance lenses to often I used the Fujinon 16-55 mm zoom lens. This combo worked great in this cold and snowy environment. It snowed before and after our visit there. The wether-sealing of both the camera and the lens worked really well.

I plan to write a little bit more about the X-Pro-2 as well about the lenses I use in future. Let me know if you’re interested in certain topics and I’ll try to cover this as well.

A couple of month ago I decided to start with my own personal website and blog. I planned to release the website on the 1st of January 2017 at the latest.

Unfortunately New Years Eve approached suddenly as always 😉  and now I’m sitting here to put my plan into action. And this is the main aspect of this post and one of my main goals for 2017:

This means not thinking about all possible features to be incorporated into the site and waiting until this next special thing is ready that would work great on the site rather than just starting und develop everything from there. I think it’s crucial for my own development and in general for everybody’s development to just start with something. It makes no sense to take every possible online course, workshop or read every book available for your area of expertise without applying what you learned. This is very important for because it’s always uncomfortable to release something while knowing what else could be learned to improve what you planned to release.

That’s why I’m starting right know and just doing it writing these words feels great, it feels great to overcome this barrier und just doing it! Even though not everything is how I intend it to be. Some photo galleries are in the works and I’ll definitely have to work on the website as well.

I know that the next year will be an important year for me and a lot of things will change and some new opportunities are on the horizon. I’m very curious how this site and my work will develop over the next year and hope to like what I’ll see when I’m sitting here in front of my computer exactly one year from know. I hope that there will be a lot of content on the site covering the topics photography and webdesign. There are already some posts in the works covering my experiences with certain online courses, workshops and books, since I haven’t that much content in this regard.

Til then, happy new Year

Christian Balbach
Westerholter Straße 62
45894 Gelsenkirchen
Telefon: 0209 - 17164331
E-Mail: christian@balbach.biz
We use cookies to ensure that we give you the best experience on our website. If you continue to use this site we will assume that you are happy with it.Ok